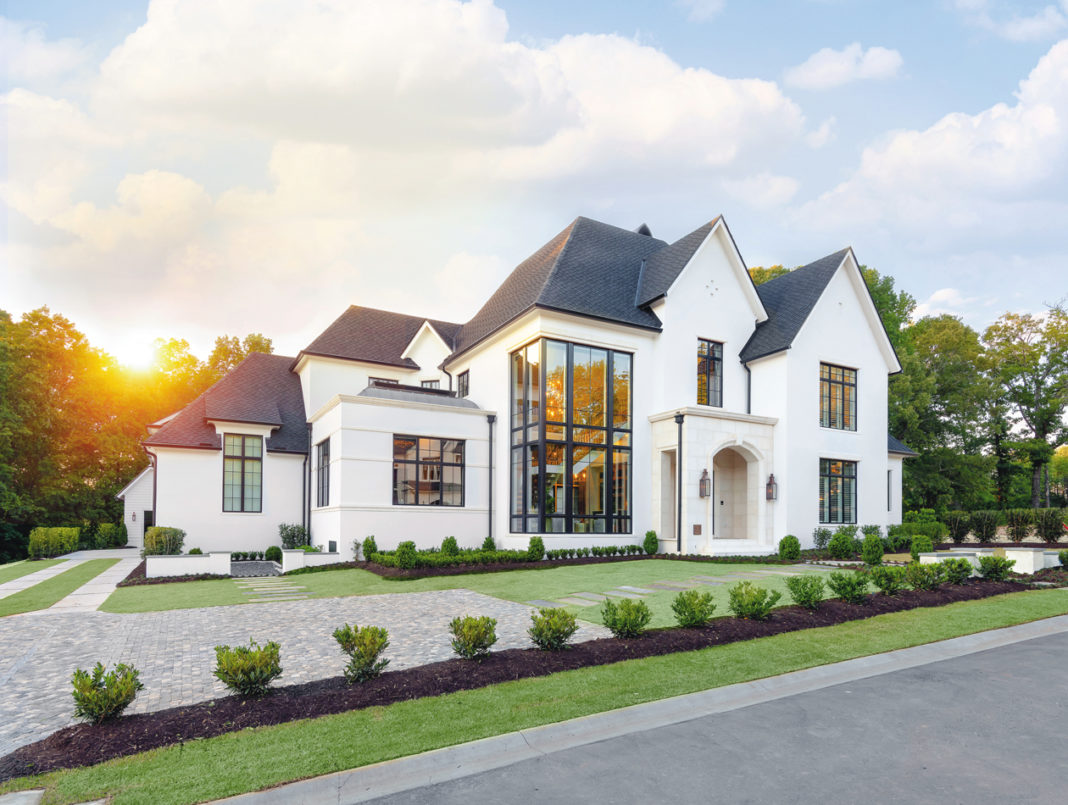 / by Brendan Blowers / by photography By Greg Cayer

Chris Bailey, founder of the design/build firm Stoneledge Properties, worked at a building materials supply house when he was in college. After a brief foray into computer science, Bailey thought of how his father had owned a masonry contracting business and realized something: building is in his blood.

He spent eighteen years in the materials distribution side of the industry when he and his  wife, Meranda, formed Stoneledge to become artisan developers in the luxury home sector. The year was 2004 and they’ve never looked back.

They are known for bringing a modern brownstone concept to Greenville with the development The Brownstones at Hollingsworth Park. Today, the Baileys are embarking on their most ambitious development project yet as a founding partner at Le Jardin, a 55-acre gated community in the heart of the Greenville Corridor (Stoneledge Properties is one  of several approved builders). They decided almost immediately to build their own home on a prime  lot and showcase the cutting edge designs they envisioned for the Le Jardin community as a whole.

Inspired by the neighborhoods of Myers Park in Charlotte and the Buckhead area of Atlanta, their home takes a traditional yet modern spin on architecture. Working with architect Kevin Culhan, Chris took notes from French chateau, English manner and transitional styling to construct a residence of timeless modernity. “The response to  this home has been overwhelming,” Chris says.

“One of the things we’re trying to do throughout the neighborhood is consistent architecture and unique landscapes,” he says. The couple styled their own yard after European gardens and stately English motor courts, down to constructing a contemporary take on a cottage-style detached garage.

The home’s roofline, with its shake shingle pattern, cuts a dramatic figure that seems to touch the clouds, while exterior walls are white stucco. A pre-cast stone from Classic Stone in Charlotte forms an arching entry flanked by two outdoor gas lanterns custom designed by famed New Orleans’ purveyor, Bevelo.

The interior design is the work of Bailey’s wife, Meranda, who is Head of Design for Stoneledge. She’s learned that when building a home of this magnitude, it helps to start with small inspirations. “The first thing I chose was the hand cut marble tile on the back of the shower wall. That blue color is woven all throughout the home,” she says. Further inspiration came from the striking gold and black patterned marble that backs the media bar. “I wanted to have little pops of glam. I wanted something to draw me  in no matter where I stood.”

Meranda refers to the four-bedroom, six-bathroom home as having “destinations” rather than rooms. One such example is the gold-gilded Champagne bar near a 2-story wall of glass. The glass wall, behind an open-riser floating staircase made by The Heirloom Companies, required the expertise of a structural engineer and consists  of twelve separate windows from Sierra Pacific Window and Door Company. This destination has become a favorite gathering spot for the Baileys to watch the neighborhood wake up  each morning and often to toast the setting  sun at the close of day.

Chris says that the bar was one of the elements that drove the design of the house and another was the kitchen. “We wanted something that had a more timeless feel to it. We also wanted it to be flooded with light,” he says. 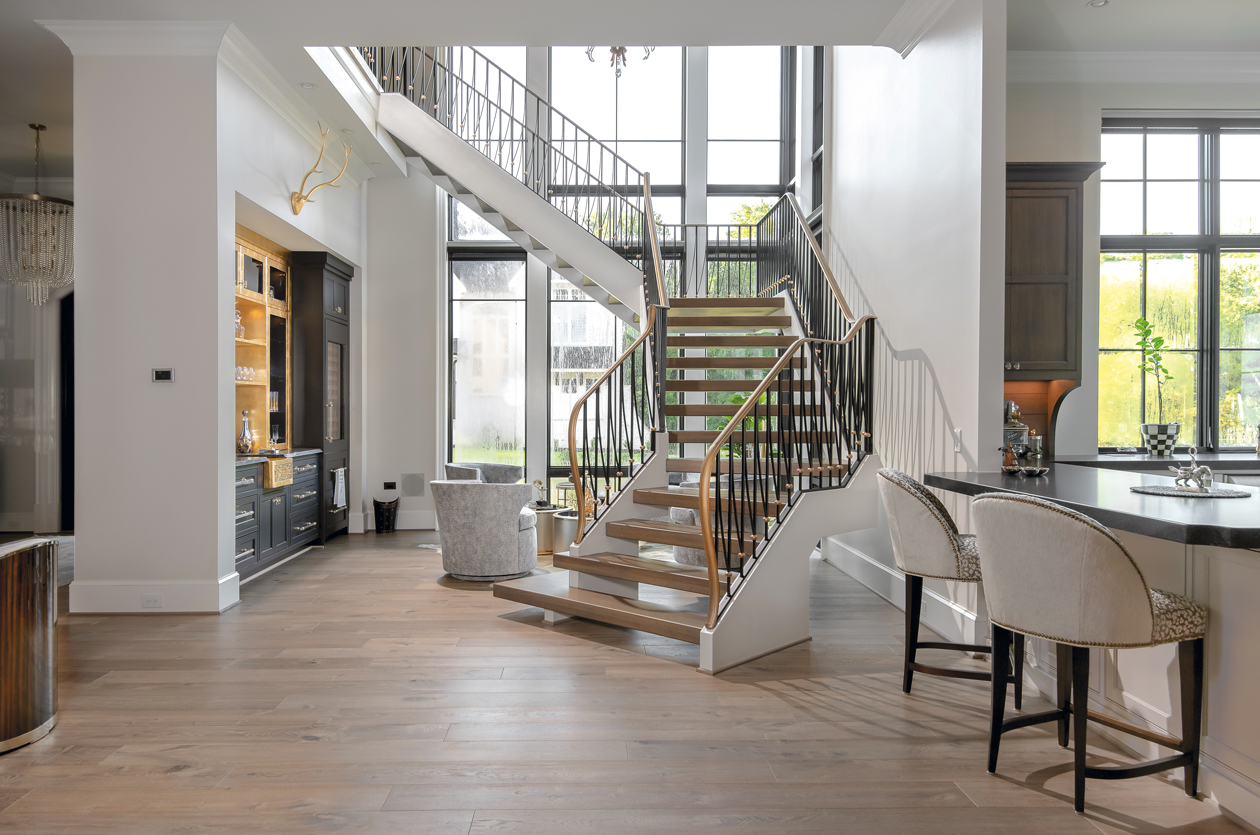 The kitchen is open and visually connected  to all of the living spaces, but still achieves the feeling of its own dedicated place. A custom-built French range by Lecanche was a 25th anniversary present for Meranda. Made to order, it took nine months to arrive. “We built the kitchen around that range,” she says. A pyramid-shaped skylight stuns with more natural light over the island; and plumbing and fixtures are by Rohl, handmade in England.

Meranda had particular ideals about the primary ensuite closet as well. “When I’m working with homeowners, I want them to  think about their closet,” she says. She designed her walk-in to feel like a boutique, a perfect destination for her collection of designer handbags and a dressing room off the closet features a signature Christopher Guy occasional chair.

The bedroom suite opens via French doors to  a private spa patio with a reflecting pool that spills into the main pool and connects to a larger outdoor living space. A convenient perk to waking up here every morning is a custom-built coffee and tea bar inset in the Bailey’s bedroom.

“If you’ve never designed and built a custom home before, you’re missing something special,” Chris says. “It doesn’t matter the square footage. Everything is in the right place for you, everything works the way your mind works and the way you want to live.” 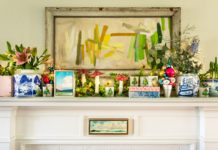 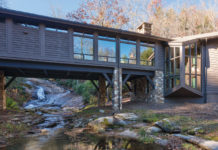 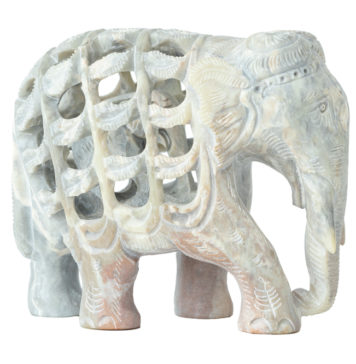